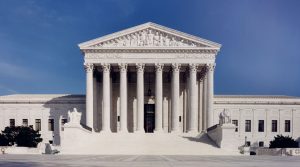 Paxton says the court’s June 30 ruling, which limited how the nation’s main anti-air pollution law can be used to reduce carbon dioxide emissions, can be used to block a federal license issued to a private facility to store radioactive waste in his state reported the Associated Press.