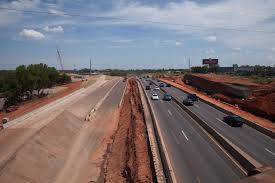 The Oklahoma Transportation Department’s Eight-Year Construction Work plan for highway improvements and work on nearly 700 bridges was approved at this week’s meeting of the State Transportation Commission.

The approval covers work for Federal Fiscal Years 2022-2029 and covers $8 billion in state and federal investments in highway improvements in the state. 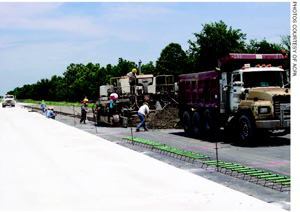 The department also presented its companion, $484 million Asset Preservation Plan for 2022-2025, which includes maintenance and preservation projects to extend the life of infrastructure. The public van view a list of projects in both plans at www.odot.org under the “Program and Projects” tab.

The commission voted to approve a more than $4 million contract for rehabilitation of the I-44 bridges over SH-49 north of Lawton/Fort Sill, which includes replacement of the bridge deck and beams to raise the height of the structure to provide more clearance for trucks.

Commissioners also awarded contracts for construction of a new protected turnaround at Pennsylvania Ave. and Memorial Rd. using federal funds in partnership with the City of Oklahoma City and a nearly $18 million project to reconstruct about three miles of US-177/Perkins Rd. north of SH-51 in Stillwater. Secretary of Transportation and ODOT Executive Director Tim Gatz updated the commission on the status of budget talks in the U.S. Congress affecting federal transportation funding, including reauthorization of the federal highway program and ongoing debate over a larger infrastructure bill. He noted that a short-term extension passed last week will preserve federal highway and public transit funding through the end of October.

“There is bipartisan support for a highway bill, and I have optimism that Congress will be able to pass a long-term reauthorization of the federal surface transportation program,” Gatz said.

Gatz also spoke on several driver safety issues, including lack of seat belt use and speeding, that are contributing to an increase in roadway fatalities in Oklahoma. He noted the state ranks near the bottom nationally for seat belt use and that an increase in speeding has been observed nationwide since the COVID-19 pandemic began. As part of an ongoing safety education awareness effort, ODOT and the Oklahoma Turnpike Authority are sharing content on social media this month and distributing a new public service announcement encouraging drivers to buckle up.

The public can access a list of all awarded contracts at www.odot.org/contracts, selecting the September 2021 a.m. letting, clicking Submit, then Award at the bottom of the page.

Recordings of the commission’s meetings are available at https://vimeo.com/odot.