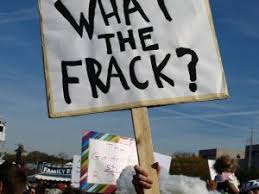 In a move that’s sure to evoke a fight with the state’s oil and gas industry, a New Mexico state Senator says she will introduce a bill to create a four-year pause on fracking permits.

Sen. Antoinette Sedillo Lopez, a Democrat from Albuquerque said it was not a moratorium but a “pause” on issuing the permits for the next four years so studies could be conducted about the impacts of fracking on the environment, water, public health and agriculture.

It’s not clear if the studies would also review the economic impact on the state from the extensive fracking and oil and gas drilling, especially in New Mexico’s part of the Permian Basin.

But a late December news release by the New Mexico Tax Research Institute reported state revenue from oil and natural gas production totaled $2.8 billion in fiscal year 2020, an amount that accounted for 33.5% of total state spending.

Oklahoma based Devon Energy was one of those producers. It was ranked the 6th highest producer in New Mexico in 2018.

The New Mexico Political Report carried the story. Click here for the report.