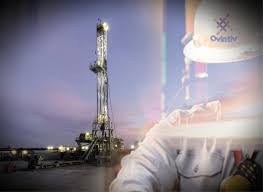 Denver’s Ovintiv Mid-Continent Inc. proved there’s still a lot of oil to be found in Oklahoma’s STACK play as the company filed completion reports on four late-2020 wells with combined total production of 4,164 barrels of oil a day.

The four big-producing wells, drilled on a single pad in Kingfisher County at 15 15N 8W several miles northwest of Okarche had spud dates of February 2020. Drilling was finished in mid-March around the time the COVID-19 pandemic grasped the nation’s headlines when it forced the cancellation of the March 11, 2020 NBA game between Oklahoma City Thunder and the Utah Jazz.

Completion of all four Ce Frederick 1508 wells was held off until October 2020.

The largest producer at 1,244 barrels of oil a day and 2,967 Mcf of natural gas had a drilling depth of 19,679 feet according to its completion report.

The second largest producer had production of 1,214 barrels of oil a day and 1,833 Mcf of natural gas from a depth of 19,610 feet in the Mississippi formation according to its completion report.

The third STACK well produced 988 barrels of oil a day and 2,866 Mcf of natural gas. Its completion report showed a drilling depth of 19,655 feet.

The fourth of the Ce Frederick 1508 wells had production of 718 barrels of oil a day and 2,960 Mcf of natural gas. The completion report showed a drilling depth of 19,780 feet.

Other exploration companies carried out the same system of early 2020 wells which were apparently delayed for months, possibly because of the pandemic.

An example is the Geronimo 1207 6-5mh drilled in Canadian County by Camino Natural Resources LLC. It had a Jan. 25, 2020 spud date and drilling finished in early February but completion wasn’t made until August of last year.

Calyx Energy III LLC reported completion of a Hughes County gas well. The Kennedy 2-31-30wh, located at 6 8N 12E east of Wetumka had an August spud date. Drilling finished in September and completion was made in October of 2020. Production was 9,214 Mcf of natural gas from a depth of 15,328 feet.

Contango Resources Inc. filed a completion report this week on the Beartooth 23-19n-4w 1mh in Logan County. But the report indicated the well was drilled in 2018 and not officially completed.

EOG Resources Inc. filed reports on two McClain County wells. Both Laubhan 0409 wells were drilled at a single pad site located at 4 8N 4W which is north of Blanchard and on the north side of the Norman spur of the H.E. Bailey turnpike.

One well finished with production of 271 barrels of oil and 164 Mcf of natural gas a day. It had a December 2019 spud date and drilling finished in January 2020 at a depth of 19,981 feet but completion was not made until September of 2020.

The second Laubhan well remained a 1,004 feet-deep vertical well as the company requested an exemption from plugging for “future utility for horizontal development.” The report indicated EOG Resources “plans to re-enter the well at a later date for development.”