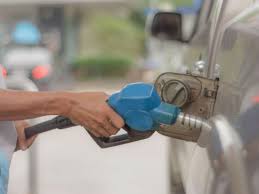 The growing COVID-19 restrictions for Thanksgiving has not only resulted in increased crude oil storage but kept gasoline prices fairly stable in the past week.

Oklahoma’s average over the weekend was $1.80 while the national average was $2.11 per gallon for regular gasoline, according to the American Automobile Association.

The state average was down two cents from a week earlier while the national average was one cent lower.

The cheapest prices in Oklahoma are in Lawton and Duncan and in the northeast part of the state. Drive into the southwest corner and you’ll be hit with an average of $2.25 in Hollis. Motorists in the northwest city of Shattuck are finding $2.13 on their gas pumps.

Woodward has an average of $2.05 while all across the Panhandle, drivers are paying anywhere from $2.07 to $1.94 per gallon for regular gasoline.

Prices are still significantly lower than a year ago. The national average is 48 cents lower than Thanksgiving of 2019. Demand for gasoline across the U.S. has dropped according to the U.S. Energy Information Administration. It reported demand dropped from 8.76 million b/d to 8.25 million b/d.