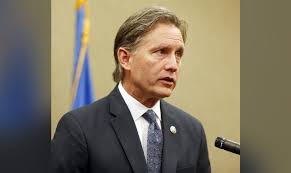 Oklahoma Attorney General Mike Hunter isn’t finished with the recent U.S. Supreme Court decision that resulted in a flood of inmates challenging their state convictions on historic tribal lands and confusion in the energy industry.

In response to the challenges, some associated with the Muscogee (Creek) Nation, Hunter announced Monday he will file a brief with the Oklahoma Court of Criminal Appeals that seeks guidance on these many cases affected by the U.S. Supreme Court’s McGirt ruling.

In the filing, the attorney general writes that the U.S. Supreme Court created numerous issues that could result in the release of inmates convicted of violent crimes, like Shaun Bosse, a non-Indian who is on death row for murdering a Chickasaw family—a mother and her two children—in 2010.

Bosse is challenging his conviction on the basis that his crimes took place on the undiminished boundaries of the original Chickasaw Reservation.

“My team and I plan to challenge every single appeal that attempts to overturn longstanding convictions on historic tribal land,” Attorney General Hunter said. “We are not questioning the Supreme Court’s ruling in McGirt, but instead seeking to promote public safety by saying these convicted criminals waited too long to bring their claims. Also, we are asking the court to make clear that the state still has jurisdiction to punish non-Indians who victimize tribal citizens, which would provide the maximum possible protection to tribal members. In the meantime, we are asking the Court of Criminal Appeals to provide guidance on these cases and deny any requests by inmates attempting to get released from prison.”

One question the attorney general points to in the Bosse case is whether the state has jurisdiction, concurrently with the federal government over non-Indians, like Bosse, who victimized tribal citizens.

“We take the position that the state has a right and duty to protect our Indian citizens from those who murder them like Bosse,” Attorney General Hunter said. “There can be no good that comes from tying the state’s hands when we are trying to protect Native Americans by exercising jurisdiction over non-Indians. This is no way undermines tribal sovereignty, but instead is a way for the state to work with the federal government in making sure tribal members receive police protection and justice when they are victimized.”

The attorney general is also asking the court to clarify how Indian status is to be proven, and to put the burden of proving Indian status on the defendant and that the location of the crime fell within the boundaries of a legal reservation.