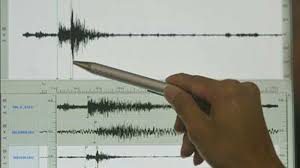 Residents of West Texas where there is still heavy oil exploration underway are talking about the 5.0 magnitude earthquake that struck the region on Thursday.

It was considered to be in a remote area of the state between El Paso and Odessa according to the U.S. Geological Survey.

The epicenter occurred about 26 miles west of the rural town Mentone, near the line between Mountain and Central time zones.

But no one is blaming wastewater injection wells, as of they, like the experts have in Oklahoma where the rate of earthquakes has declined due to action by regulators.

Only light tremors were reported in both cities, the USGS reported.

The USGS has raised the earthquake rating to 5.0, could still be adjusted again with time. http://ow.ly/55na50yWAJf

According to ABC News, six hours before the 5.0 earthquake, a tremor with a magnitude of 3.0 was also felt in the area.

No injuries or major damage was reported in El Paso, according to the El Paso Times reported via a USGS emergency alert.

Due to tremors in El Paso from the earthquake in Culberson and Reeves County, the 2-1-1 Call Center is offline as staff had to be evacuated. Calls will still be answered by the network but the local specialists are offline.

At the time of the quake, a call center for El Paso’s 24-hour service hotline was forced to temporarily evacuate.

“Calls will still be answered by the network but the local specialists are offline,” the city of El Paso tweeted Thursday.

One person shared, “I never thought I would get to report on an earthquake in El Paso/ Las Cruces, but here 2020 comes with more surprises. Can we throw this year away yet??”