A Strong Year for Wind 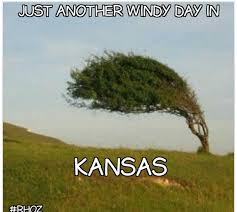 We’ve all heard the joke about why it’s so windy in Kansas…because Nebraska “s—-” and Oklahoma “blows.”

But one environmental group says Kansas, Iowa and North Dakota now generate enough wind power every year to meet more than half of their energy needs.

The observation was made by the Natural Resources Defense Council which wrote that, “Wind power became the largest source of renewable electricity generation in 2019, overtaking hydropower for the first time on record.”

This buildout was partially driven by an expiring tax credit. The production tax credit (PTC) gives a small credit to wind farm owners for each unit of energy their wind farm produces. But they only get the credit if their wind farm begins construction by the end of 2020, which means many developers are working hard to get projects started ahead of that deadline.

Kansas, Iowa, and North Dakota are now all generating enough wind power every year to meet over half of their energy needs. And this is happening independent of energy policy: these states have either no binding renewable energy requirements on the books (Kansas, North Dakota) or have a standard set decades ago and already surpassed (Iowa).

These states and their neighbors are blustery places—which makes wind energy cheap. The price of a new wind contract in these states ranges from $9.30 to $19.70 a megawatt-hour (MWh). The cost of generating power from an existing nuclear or fossil-fueled plant is $23.90 and $35.90 a MWh, on average, respectively.

It’s no surprise that utilities and corporations—like Google, AT&T, and Walmart, which collectively buy power from over 4.5 GW of wind (or almost 2,000 wind turbines)—are locking in these low rates now.