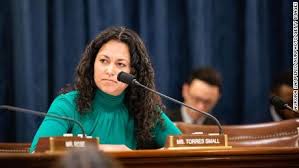 She might be a Democrat but New Mexico U.S. Rep. Xochitl Torres Small knows where her state’s revenue comes from….her own congressional district that is rich because of the Permian Basin. She’s joined Oklahoma Democrat U.S. Rep. Kendra Horn in opposing a fracking ban proposed by other Democrats.

She also finds herself on the same side as the conservative energy advocacy group Power the Future in opposing New York Democrat Congresswoman Alexandria Ocasio-Cortez’s bill to ban fracking nationwide. AOC has sided with Democratic presidential frontrunner Bernie Sanders who has filed a fracking ban bill in the U.S. Senate.

Torres Small – who represents the area of the state experiencing a record breaking oil boom – said she has been “consistently opposed a fracking ban because if we shut down oil and gas drilling in New Mexico today, we’d have to shut down our schools tomorrow.”

“I will continue to support responsible energy production in the district, including one of the country’s largest sources of oil and gas in the Permian Basin,” she said according to the Albuquerque Journal. 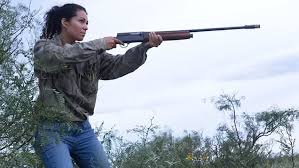 It was just last week when Rep. Horn’s office told OK Energy Today she was against any ban on fracking. 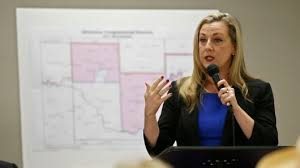 Larry Behrens, western states director for Power the Future, said the state’s energy workers use fracking to produce over 100,000 jobs and billions to the economy.

“The fact that a socialist representative from New York wants to destroy our economy deserves nothing but condemnation from New Mexico’s elected representatives,” he said.

State revenue from oil and gas activity soared to a record $3.1 billion in fiscal 2019, up 41% from the $2.2 billion generated the year before, according to the latest annual report from the New Mexico Tax Research Institute. Taxes and royalties from the oil and gas industry now make up more than 40% of the state’s total revenue base.

Ocasio-Cortez’s bill – a companion to legislation sponsored by Vermont Sen. Bernie Sanders – would ban fracking across the nation by 2025. The legislation would also prohibit fracking within 2,500 feet of homes and schools by February 2021. It also would provide a transition for working families in the fracking industry.