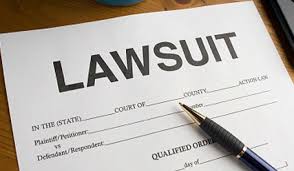 Oklahoma City’s Chesapeake Energy has been named in a second lawsuit filed over last week’s deadly oil rig fire that claimed the lives of three workers in South Texas.

The latest lawsuit was filed by attorneys for Madison Hendrix whose father Brad Hendrix died as a result of the fire in Burleson County about 70 miles east of Austin, Texas. The filing was made in Harris County District Court in Houston and also named C.C. Forbes, Forbes Energy Services, Eagle Pressure Control, WildHorse Resources Development Corp. and Halliburton Co.

The suit seeks more than $1 million from Chesapeake and the other defendants. It accuses the firms of being negligent in the operation of the well. It follows the filing last Friday of a lawsuit by Linda Milanovich whose son Windell Beddingfield died in the fire.

Chesapeake Energy officials are not commenting publicly about the lawsuits.

Two federal agencies, OSHA and the Chemical Safety Board are investigating what caused by blowout and fire.