5,500 barrels of oil daily from 9 Newfield wells in Kingfisher County 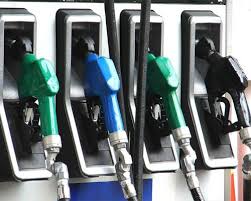 Gasoline prices have not only fallen slightly in the past week for Oklahoma drivers but also for those across the rest of the U.S.

Oklahoma’s average gasoline price, according to AAA Oklahoma is $2.24 a gallon, down 3 cents from a week ago but still higher than the $2.07 drivers paid a year ago. Nationally, the average is $2.57, a drop of two cents over the past week.

Drivers in northeast Oklahoma are seeing the lowest prices with averages of $2.11 a gallon reported in Tulsa and Washington Counties. The highest average is $2.60 reported in the city of Hollis and Harmon County. Drivers in Taloga and the rest of Dewey County pay an average of $2.55 a gallon.

At $2.57, the national gas price average is a penny cheaper on the week. The majority of states saw minimal movement at the pump in the last week, several saw decreases of up to four cents while fewer than a dozen states saw gas prices increase.

“Since the end of October, gasoline demand has mostly decreased as gasoline stocks have mostly increased, paving the way for cheaper gas prices,” said Jeanette Casselano, AAA spokesperson. “AAA expects stocks to continue to grow and drive gas prices even cheaper through year-end.”

Today’s national average is a nickel cheaper than last month, but 15-cents more expensive than this time last year.