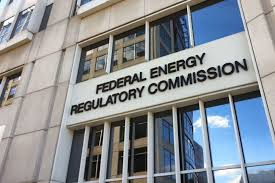 The Federal Energy Regulatory Commission is expected to vote Thursday on four liquefied natural gas export terminals in Texas after more than three years of review.

If approved, all four projects would take natural gas from the Permian Basin of West Texas, the Eagle Ford Shale of South Texas and other sources and then use massive plants to supercool the gas until it becomes a liquid that can be loaded on tankers and shipped to customers all over the world according to the Houston Chronicle.

Three of the proposed projects are to build new LNG export terminals at the Port of Brownsville in the Rio Grande Valley while the fourth is for an expansion of Corpus Christi LNG, a South Texas export terminal owned by Houston liquefied natural gas company Cheniere Energy.

Houston liquefied natural gas companies NextDecade, Annova LNG and Texas LNG are seeking to build brand new export terminals along the Brownsville Ship Channel, which is located just a few miles away from the U.S./Mexico border.

As part of a planned third stage of expansion, Cheniere is seeking permission to add seven midscale LNG production units to its export terminal in nearby Corpus Christi. Cheniere is the company that built a $1 billion natural gas pipeline extending from Kingfisher, Oklahoma to the state line where natural gas from the STACK and SCOOP are shipped southward.

Citing safety and environmental concerns, the three Brownsville projects face stiff opposition from a coalition of environmentalists, Native Americans, shrimpers, fishermen and other opponents working under the banner of Save RGV From LNG.

Habitat for endangered species such as the ocelot, jaguardundi and aplomado falcon has remained a particularly thorny issue for the three Brownsville LNG projects.

Opponents argue that the proposed three LNG plants would undo decades of conservation efforts species, particularly in creating a viable wildlife corridor for them between the United States and Mexico.

As part of proposed mitigation efforts to secure their permits, the LNG companies have made a series of promises ranging from setting  aside thousands of acres of land for wildlife conservation and using noise- and pollution-reducing equipment, among other measures.