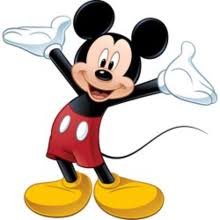 Some fact-checking by the Washington Times of a recent climate petition signed by more than 11,000 reported “world scientists” led to some phony signatures. Who would have thought that Micky Mouse lived in Nambia and had become a scientist after being a cartoon star for decades?

Check out the Times story:

There was something goofy about the petition signed by 11,258 “world scientists” from 153 countries declaring a “climate emergency.”

One “scientist” was named “Mouse, Micky” from the “Micky Mouse Institute for the Blind, Nambia.” Another was Albus Dumbledore, headmaster of Hogwarts. And then there was “Araminta Aardvark” from the fictional University of Neasden.

Among the “Alliance of World Scientists” members who were apparently real people, many identified themselves as teachers, students, administrators, statisticians, economists, technicians, therapists, doctors, psychologists — not climate scientists.

As it turns out, however, being recognized as a “world scientist” may be easier than you think.

The alliance is a project of the Oregon State University College of Forestry, which invited “all scientists” to add their names to the four-page statement, “World Scientists’ Warning of a Climate Emergency,” by clicking on a green “sign the article” button on the college’s website.

Following a round of fact-checking in the press and on social media, the college removed 34 names, including “Micky,” “Araminta” and “Dumbledore,” bringing the total to 11,224 signatories on the Nov. 5 article published in the journal BioScience, part of the Oxford University Press.

“During our original signature screening process, we attempted to remove all signatures that appeared to be invalid,” said a post on the OSU website. “Although, a few invalid ones were missed. We are thoroughly reviewing the full list at the moment and will make further updates if required.”

That said, the less-than-scientific signature-gathering process and ensuing media mockery did no favors for the climate-crisis movement, nor the major media outlets that trumpeted the story.

“More than 11,000 scientists from around the world declare a ‘climate emergency,’” said the headline in the Washington Post.

Ezra Levant, a conservative commentator on Canada’s Rebel News, said the alliance is “not a thing. It’s a one-page homemade website set up by some guy in the forestry department at Oregon State University.”

He noted that one signer identified his speciality as “BS Detection and Analysis.”

“I’m sorry, but that’s a joke,” Mr. Levant said on his Thursday show. “But it sure was important for the propaganda to say there were 11,000 scientists signing this. I wonder, are there even 11,000 climate scientists in the world? Maybe, come to think of it, because what a great way to get government grants.”