Energy news in brief—drones, when Perry’s leaving and LNG shipped by rail

The proposed Bridger Expansion project involves one line that straddles North Dakota and Montana while another line will be construction in Wyoming.

The developer is Bridger Pipeline LLC and the firm said its 16-inch, 137 mile-long North Dakota-Montana line will be the South Bend, capable of transporting up to 150,000 barrels of oil a day from Johnsons Corner in McKenzie County, North Dakota to Baker, Montana. 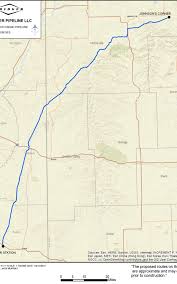 “Equality” is the name of the proposed Wyoming line that will be able to transport up to 200,000 barrels of oil a day from Hulett, Wyoming to Guernsey, Wyoming. From there, it will be moved to other lines including the proposed Liberty Line.

The Liberty Line is a project by Bridger and Phillips 66 that will run to Cushing, Oklahoma.

Bridger operates several gathering and transmission pipeline systems in North Dakota, Montana and Wyoming. The company already has lines that run between Montana and Wyoming to connect the two new lines it’s proposing as part of its expansion.

“Those are adequate for us to carry existing barrels and the new barrels we’re going to carry,” Salvin said.

Bridger has not disclosed the cost of the expansion project.