National Drive Electric Week to be observed in Arcadia and Jenks 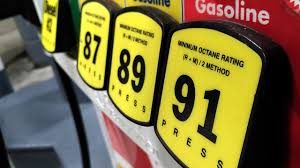 While some Democratic politicians are calling for a war on fossil fuel and fracking, the buildup of crude supplies has resulted in a continued drop of gasoline prices nationally.

Oklahoma’s average price at the pump this week is $2.25, a 3-cent drop from a week ago. A year ago, AAA Oklahoma reported the average price for unleaded gasoline was $2.64.

This week’s national average is $2.56 compared to $2.58 a week ago and $2.85 a year ago. The drop in prices came even though domestic crude stocks fill by 4.8  million barrels in the past week.

The national stock is 423 million barrels or 21.5 million more than August 2018. AAA reports the higher inventory levels have led to cheaper crude prices, thus in turn keeping gasoline prices lower than a year ago.

In Oklahoma, the lowest average price of $2.13 a gallon is in Tulsa and Nowata counties while Cimarron in the Panhandle has the highest average at $2.60 a gallon.