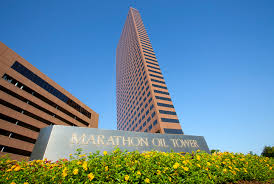 Marathon Oil reports hitting it big in Blaine County with two wells on a single pad site bringing total production of 4,912 barrels of oil a day.

In Canadian County, Chaparral Energy reported completions on five wells on a single pad at 18 13N 6W or 6 miles northeast of El Reno. Combined production from the Brookie 1306 wells was 711 barrels of oil a day and depths were in the 14,000 foot range.

Devon Energy has permits to drill six wells at a site one mile south of the Canadian County town of Calumet. The Jacobs 34 wells, if they are drilled, will be at 14 13N 9W.