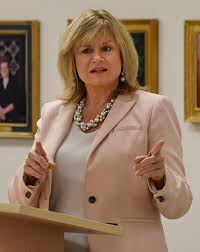 The State Labor Department announced the amount of unpaid wages and benefits awarded Oklahoma workers in fiscal year 2019 was nearly double the previous fiscal year. And it said the increase was due in large part to claims brought against struggling healthcare providers and municipal hospitals.

“This is a significant increase from wages awarded in the previous fiscal year, which was approximately $500,000.00,” stated the Department announcement. The department said claims against healthcare providers and municipal hospitals resulted in the large increase.

A majority of the wages were for employees’ final paychecks, and were awarded to employees who might not otherwise receive payment as their claims were too small to attract the attention of most attorneys. While most wage claims are only a few hundred to a thousand dollars apiece, they are often the difference between a family making its mortgage payment, or paying their bills on time, or putting food on the table stated the Labor Department.

“The Oklahoma Department of Labor is committed to ensuring the rights of unpaid workers. Many members of the workforce might not have the resources to go through the court system,” said Labor Commissioner Leslie Osborn. “People work hard with the expectation of being paid a fair wage in a timely manner. Our priority is recovering wages for people that are owed wages for time worked.”

In addition to the awarded wages, the ODOL’s Wage and Hour Division answered thousands of telephone calls from concerned employees, and assisted hundreds of Oklahoma employers comply with Oklahoma’s Protection of Labor Act and the federal Fair Labor Standards Act of 1938.

Oklahoma employees who believe they have not been fully compensated for their labors or benefits, or have been paid lower wages based solely on their gender, are encouraged to contact the ODOL’s Wage & Hour Division at (405) 521-6100 or complete an online Wage Claim Form found at www.ok.gov/odol.