Water Lobby Day set for next week at state capitol 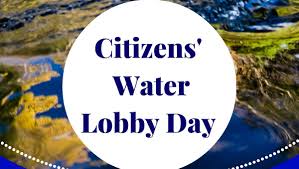 Former Oklahoma Attorney General Drew Edmondson will be one of the speakers when an Oklahoma Water Lobby Day is held next week at the State Capitol.

He will be among those taking part in the March 27 event. Others include Delaware County community organizer Pam Kingfisher and Ponca Tribe Councilwoman Casey Camp-Horinek.

Edmondson, a Democrat, lost his campaign last year to become governor when Kevin Stitt was elected to office. Camp-Horinek is another Democrat who failed in her attempt to win a seat on the Oklahoma Corporation Commission.

Edmondson has made known his feelings about the state’s efforts in failing to clean up the Illinois River and contends it shows the state is failing its children.

“Gandhi said, “The earth, the air, the land and the water are not an inheritance from our forefathers but on loan from our children. So we have to hand over to them at least as it was handed over to us.,” said Edmondson. ”  We have polluted the air to the point of changing our very climate, endangering coastlines and inhabited islands.  We have put chemicals and waste material into our streams and lakes, depleting the oxygen content, choking the water with algae blooms.  Our children are watching – what will we say to them decades from now? What will we say to them today?”

“As a Cherokee, Water is a big part of our religion. Our ancient ceremonies include “Going to the Water” in prayer and thankfulness. We want to protect our natural resources to assure we can continue a way of life many local families have enjoyed since before statehood. Water is life!”

Casey Camp-Horinek, elder and tribal councilwoman of the Ponca Tribe of Oklahoma, will discuss how governments can take steps to assure long-term care and protection of our most precious natural resource by enacting Rights of Nature laws for the sake of future generations.

Community groups such as STIR (Save the Illinois River), LEAD Agency, Green Country Guardians and organizations like Oklahomans for Responsible Water Policy and the Oklahoma Chapter of Sierra Club will have displays around the 1st Floor Rotunda from 10 a.m. until 2 p.m., with information and spokes-people available to discuss Oklahoma’s biggest water threats with the public and legislators.

Though not open to the general public, two additional events will take place during Oklahoma Water Lobby Day. A noon luncheon for legislators will feature University of Tulsa College of Law Professor Gary Allison, who will deliver a presentation titled “Oklahoma Water Rights: What Good are They?”  And Oklahoma Water Lobby Day will culminate with a meeting between Governor Stitt and a small delegation of Oklahoma environmental attorneys and community leaders.