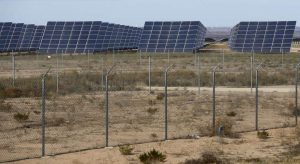 We’ve reported over the past few years how dismal the solar industry is in Oklahoma. Some projects stand out such as OGE’s solar efforts at its Mustang plant and a solar farm in northwest Oklahoma.

Far larger efforts have been made in West Texas where massive solar farms have been constructed and others are on the way. As OK Energy Today reported in February, the solar industry lost thousands of jobs in 2018.

The Journal Record reported this week Oklahoma has the sixth-highest potential of the 50 states when it comes to development of solar power. However the Solar Energy Industries Association’s latest market report shows Oklahoma is among the worst for adding new solar capacity.

According to the report, the state was No. 43 in the installation of new solar photovoltaic capacity last year, a sharp drop from No. 31 in 2017.

Dan Whitten, SEIA’s vice president of public affairs, attributed some of Oklahoma’s lag in solar power to “the evolution of the energy sector.” He said solar investment tends to follow investment in wind, as the state has made in recent years.

“It’s a matter of evolution. It’s going to happen in Oklahoma,” Whitten said. “When solar was more expensive 10 years ago, it made a lot of sense not to do solar, so Oklahoma didn’t do it. But now the cost argument is just too good.”

Solar Power Rocks, a research and advocacy group, awarded Oklahoma an “F” for its solar energy policy. The organization, however, credited the state for “remarkable progress” in wind power.

Whitten said states like California began investing in solar power about 10 years ago, before it became as profitable as it is now. Other states are catching up, he said.

Whitten said Oklahoma’s higher ranking in 2017 could be due to one big project.

“(Large jumps are) reflective of states that have not yet adopted solar at a very high rate,” Whitten said. “(Oklahoma is) a state with incredible potential, but in states like Oklahoma one big project can make the difference between a good year and a bad year.”

According the state Department of Commerce, solar power can provide up to 44.1 percent of electricity in Oklahoma from 19,300 solar panels.

In 2010, the state Legislature enacted House Bill 3028, the Oklahoma Energy Security Act, calling for 15 percent of total installed generation capacity in Oklahoma to be derived from renewable sources by 2015.

The policy received criticism from solar energy advocate groups like Solar Power Rocks for being voluntary, not containing a solar carve-out or specific target for solar energy, and the lack of a stricter net metering policy.

Whitten said while some policies are better for boosting solar power, the recognition of the value of solar power is just as important for states.

“There certainly are policies that have led to greater adoption,” he said. “There’s also more of a commitment to clean energy than there was before. Now people are seeing they can invest in clean energy at a lower cost. It just makes too much sense.”

In 2016, the Oklahoma Corporation Commission reported the 2015 capacity for electricity generated by renewable energy to be 25.9 percent, a 5.05 percent increase from the previous year.

Kenneth Wagner, Oklahoma secretary of energy and environment, said while the state has not come close to reaching its solar power potential, it is important to consider the strides it has made in other areas that “far outpace the majority of other states in the country.”

“I think solar needs to be an important and vital part of our diversification of fuel sources,” Wagner said. “We want Oklahomans, whether they’re individuals or businesspeople, to be able to make informed decisions about which fuel source is right for them.”

“It is an energy state,” Whitten said. “We think solar is going to stack up well over the next few years.”