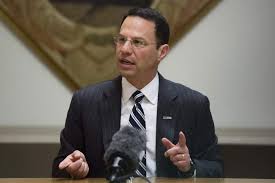 But the court rules against the AG’s contention the two companies made an unlawful market sharing agreement to not lease properties for drilling in areas where one or the other company was operating.

However, with respect a separate count argued by the Attorney General that the companies allegedly disingenuous and misleading behavior constitutes unfair methods of competition and unfair or deceptive acts or practices under the Unfair Trade Practices Act, the Court sided with the Attorney General.
The Court remanded to the Bradford County trial court for further action on the counts upheld by Commonwealth Court.
“Today’s Commonwealth Court ruling is a victory that upholds our lawsuit against Chesapeake Energy Corporation and Anadarko Petroleum Corporation,” said Attorney General Shapiro.  “The court’s decision allows our action to move forward and address the misconduct by these companies against landowners in oil and gas leases under the Unfair Trade Practices and Consumer Protection Law. I’m fighting for landowners who we charge have been ripped off, and my Office will continue to pursue this case on behalf of Northeast Pennsylvanians.
Chesapeake Energy had reached a $30 million settlement agreement with Pennsylvania landowners in separate private class-action cases based on allegations of improper or inflated deductions from gas royalty payments.
Chesapeake attorneys told a federal judge the company reserved the right to pull out of those proposed settlements covering all 14,000 of its Pennsylvania gas-producing leases if it could not resolve the attorney general’s case.

The attorney general’s office alleges Chesapeake violated the state’s unfair trade practices law by inflating prices for shipping gas from wells to pipelines and then passing the costs on to Marcellus Shale royalty owners, whose monthly checks sometimes diminished to zero.