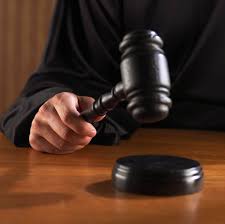 The 10th U.S. District Court of Appeals in Denver has upheld a ruling against the Audubon Society of Greater Denver which had challenged the government’s approval of a plan to store more water in a reservoir.

In a ruling this week, the court stated the Army Corps of Engineers had complied with the National Environmental Policy Act and the Clean Water Act in approving the storage of more water in the Chatfield Reservoir southwest of Denver.

At the heart of the issue was how the additional water would flood 587 acres of Chatfield State Park, one of the state’s most populate state parks. The maximum water level in the Reservoir would rise by 12 feet.

The Audubon Society also challenged the Army’s plan to relocate some of the recreation sites of the park and its environmental mitigation plan which involved the discharge of dredged and fill material into nearby wetlands.

The Appeals Court upheld the original ruling which said the Army Corps of Engineers project was neither abritrary nor capricious.