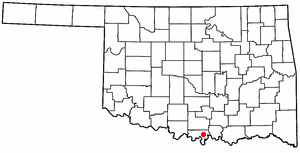 The return to a southern Oklahoma well 3 years after it was drilled proved to be a good move for Xto Energy Inc. of Houston.

The well is located just north of the Red River and originally had an August 2015 spud date. But Xto Energy returned this past spring and finished going deeper with the well in April. Completion came August 5, 2018 where the well had increased production in the Woodford.