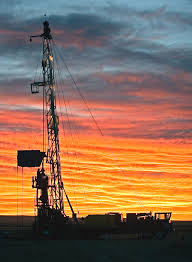 Oklahoma lost 2 rigs in the latest weekly count while nationally, the count grew by 2 to reach 1,062 active oil and gas rigs.

In Oklahoma, the count slipped to 140 while nationally, the U.S. added one more oilrig to reach a total of 862. The number of gas rigs also grew by one to hit 198.

Of surrounding and other energy-producing states, Colorado’s count grew by two to reach 34. The count in Kansas remained at 34 while Louisiana’s count of 59 was an increase of one rig.

New Mexico remained at 90 while North Dakota slipped by one to 54. Texas added 3 rigs to hit 538.

Of the oil plays, the Permian saw growth of 3 rigs to reach 480. The Mississippian in Oklahoma remained at 6 while the Granite Wash added one to hit 15. The D-J Niobrara in northern Colorado remained at 26 while the Woodfords in Oklahoma stayed at 12.