Chesapeake Reports Increase in Oil Production and Earnings for 2017 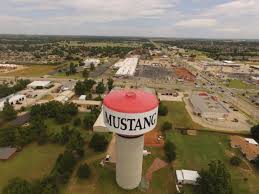 In what will apparently be the first legal challenge to a 2015 state law regarding the power of cities and towns to restrict oil and gas drilling in city limits, Ponca City has joined the city of Mustang in its fight.

After the state supreme court said it would hear arguments in the case involving Mustang and Tulsa-based Citizen Energy, Ponca City filed a request to support Mustang in the case. Assistant City Attorney John Andrew filed the motion Feb. 9 according to a report in the Mustang Times.

Citizen Energy has until Feb. 26 to respond to Ponca City’s motion. The Court will hear the arguments on the legal fight on Feb. 28.

The fight stems from the restrictions Mustang put on the oil company when it won permission to drill two wells within the city limits. Citizens Energy maintained in a lawsuit filed in  Canadian  County district court that the city did not have the authority to enforce the restrictions.

The restrictions included a 16-foot sound barrier around the well site to reduce sound. The city also wanted trucks going to and from the site to use state highway 152.  Another restriction was requiring the oil company to restore the condition of Frisco Road after the drilling was completed.