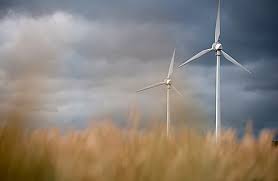 ATT, the giant telecommunications company is taking advantage of the wind-farm rankings in Oklahoma and Texas and plans to buy 520 Megawatts of power from two farms.

Both farms are being constructed by NextEra Energy Resources. One of the farms is Minco V wind project is near Anadarko in Caddo County. ATT will purchase 220 MW from the farm and buy 330 MW from the Torrecillas project spread across Webb and Duvall counties in southern Texas. 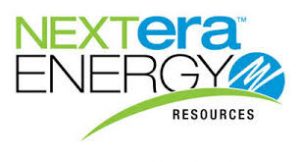 The big challenge for NextEra is the Minco V farm has yet to come online because of lawsuits filed last year in Oklahoma City Federal court. The suits were filed in a dispute with the city of Hinton, located west of Oklahoma City.

The dispute focuses on a 2016 ordinance adopted by Hinton to control wind farms within 2 miles of the city limits. It also led to a suit filed by NextEra in a challenge of the ordinance.

While no date for completion has been set for Minco V, the Torrecillas in Texas is supposed to be online by 2019. The 300 MW site is owned by Bordas Wind Energy, a joint venture of energy developers Map Energy and Enerverse LLC. Once the farm is commissioned, it will be turned over to NextEra Energy.

ATT says the energy from the two projects will be what it calls a “key component” of its goal to develop energy solutions that deliver carbon savings “ten times the footprint of our operation by 2025.”

“As one of the world’s largest companies, we know how we source our energy is important,” said Scott Mair, AT&T’s president of operations. “Many companies are focused on their own carbon footprint but we believe our industry can do more.

“We’ve been working for a long time to ensure our wind projects deliver for both our business and the environment,” Mair added.

Since 2010, AT&T has embarked upon a number of energy efficiency projects, including reducing fleet emissions by 99,000 metric tons of CO2e and reducing its domestic fleet by 1,800 vehicles by 20