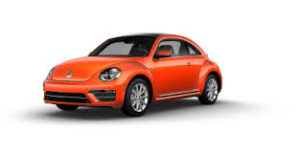 Oklahoma’s Department of Environmental Quality is planning a public meeting next month to take comments and get input on how the state should spend its $21 million share of the government lawsuit settlement against Volkswagen.

The mitigation plan that came out of the settlement is under the oversight of the Oklahoma Secretary of Energy and Environment. In order for Oklahoma to get its share of the massive settlement, it has to create a Beneficiary Mitigation Plan for spending the money on programs to reduce nitrogen oxide emissions from cars and trucks.

DEQ says the Dec. 5 meeting from 1 p.m. to 4 p.m. is a listening session to receive input. Agency representatives won’t respond to questions or comments during the meeting at the department headquarters, 707 N. Robinson Avenue in Oklahoma City.

The agency will consider the input and comments as a mitigation plan is drawn up.

Most states received a share of the settlement based on the estimated number of VWs in those states. VW agreed to the payments after it shipped thousands of vehicles with defective emission control equipment into the states.