Small Town Founder to Testify Before US Senate 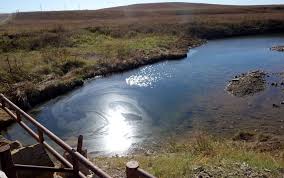 As the Tulsa World recently reported, three oil producers in Osage county might be asked to cease operations as the EPA investigates a saltwater leak of Bird Creek.

Coleman indicated the producers will be asked to provide daily production reports and could possibly be asked eventually to stop their activities.

It was nearly nine months ago when the pollution was discovered in the creek. However, the source of the oily sheen that has killed fish and turtles has yet to be discovered.

“This site is important because it’s our responsibility, but also environmentally because everything we do relative to underground injection is that anything we inject underground is supposed to stay underground,” Coleman said. “It’s not supposed to find its way back to the surface.”