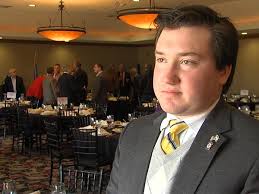 Freshman Rep. John Michael Montgomery has a vision—–doing something to get Oklahoma’s state revenue off what he considers to be volatile sources—income taxes and gross production taxes.

The Lawton Republican is promoting his “Vision 2050”, a bill he filed to be considered in this session of the legislature.

House Bill 1400, as he explained in an interview with OK Energy Today’s Michael Dean would set aside excess cash into an endowment style fund.

In short, Rep. Montgomery wants Oklahoma to do the same thing the state of Alaska has done by creating a “Legacy Fund” and eliminating major state taxes.

Listen to his explanation in the interview with Michael Dean.