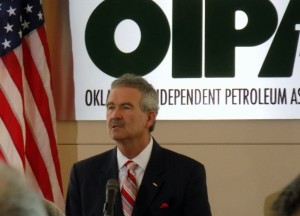 While the announcement of OPEC’s production cut was made in Vienna on Wednesday, news traveled fast creating a surge in the domestic crude oil futures market for the day. In Oklahoma, the OPEC deal is considered good news for oil and natural gas producers.

For the past few years, Oklahoma producers decreased output for economic reasons since the depressed commodity prices could not counter-balance the high costs associated with drilling new wells.

What does OPEC hope to get out of its production cutback? The cartel believes the limitation will boost plunging crude oil prices by drawing down on the vast inventories of crude oil currently held in storage.