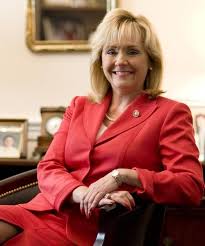 Even as he has been nominated by Donald Trump to become the next director of the U.S.Environmental Protection Agency, Attorney General Scott Pruitt is being praised for the work he did in getting an historic water agreement signed and passed by congress.

While environmentalists are attacking Pruitt and saying his appointment will be like putting an arsonist in charge of forests, Governor Mary Fallin suggests the water agreement between Oklahoma City and the Choctaw and Chickasaw Tribes would not have been possible.

“I want to particularly recognize the excellent legal work and the leadership of Attorney General Scott Pruitt and his team in making this agreement happen,” said the governor this week following the President’s signing of the bill.”The orderly management, conservation and development of the waters in southeast Oklahoma was the goal of all parties to the settlement, and it wouldn’t have happened without General Pruitt.”

The WIIN Act covers funding of the agreement and applies to 22 counties in southeast Oklahoma as well as Sardis Lake, a source of drinking water for Oklahoma City.

“I am thrilled this critically important piece of legislation has become law,” added Gov. Fallin. “Now thanks to the hard work of Oklahoma’s congressional delegation and the visionary leadership of the Choctaw and Chickasaw nations and Oklahoma City, existing uses of water remain secure at the same time that certainty for future development is provided.”