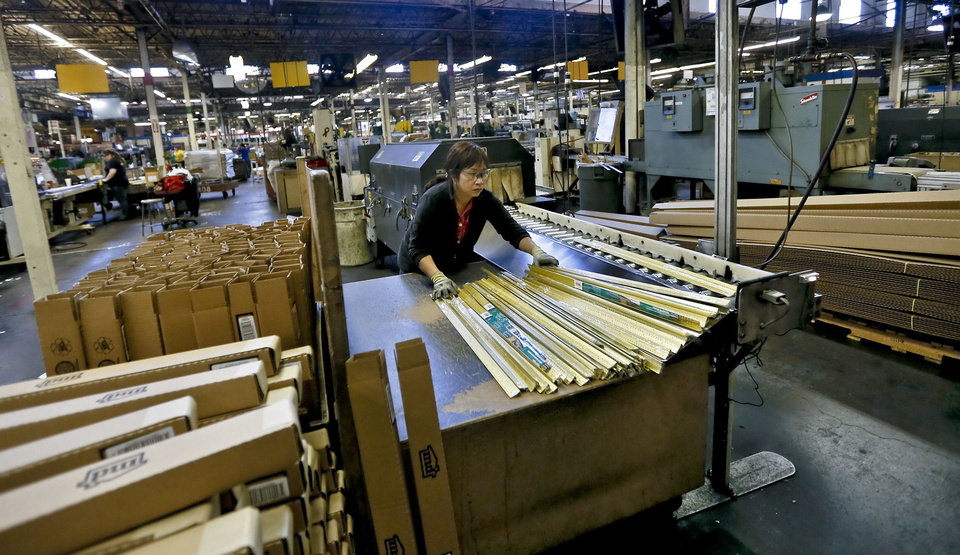 The Kansas City Federal Reserve Bank reports that manufacturing in the Tenth District that includes Oklahoma is still on a downward slide.

Chad Wilkerson, vice president and economist at the bank said it’s the findings of a recent survey.

“Regional factory activity was sluggish overall in September,” said Wilkerson. “However, firms continued to add workers and were moderately optimistic about growth in future months.”

The Federal Reserve Bank of Kansas City serves the Tenth Federal Reserve District, encompassing the western third of Missouri; all of Kansas, Colorado, Nebraska, Oklahoma and Wyoming; and
the northern half of New Mexico.

This month contacts were asked special questions on changes in their scale of operations and anticipated costs in the next six months. In September, nearly half of firms reported they were taking steps, or planning to take steps, to expand the scale of operations over the next six months, while only a handful expected to decrease capacity. The steps firms reported to expand scale included adding to workforce size, capital expansion, and expanding into new or existing markets. In relation to current conditions, a majority of firms anticipated costs will increase in the next six months across all categories, especially for financing and energy related costs.

The survey cited some of these responses from manufacturing representatives.

“…Few to no applicants for open positions. All costs up with no expected relief.”

“Labor is almost non-existent! Poor quality workers with no skills for even a low skilled business!”

“While certain supply chain delays have subsided, the ones that remain have few alternatives and are having a significant adverse effect on our output.”

“U.S. parts and material supply continues to be a limiting factor to achieving our production requirement. Most supplier problems are due to manpower shortages.”