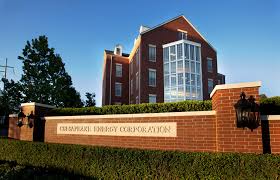 A report by Reuters indicated that Oklahoma City-based Chesapeake Energy Corporation might be attempting to sell its South Texas assets.

The wire service report indicated the oil-producing assets, which include more than 220,000 acres in the Eagle Ford shale basin could bring nearly $2 billion for the company.

The assets produced 84,000 barrels of oil equivalent a day in the fourth quarter and only 26% was natural gas. However, the formal sale process might be delayed by this week’s announcement of the pending April 30 planned departure of President and Chief Executive Officer Doug Lawler.

Chesapeake declined to comment about the report but its shares jumped nearly 4% upon news of the possible sale and closed 1.6% higher at $46.83.