Senator pushes to keep US independent for energy and minerals 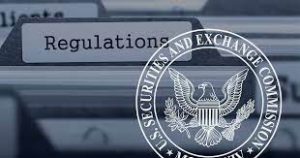 With a growing focus from financial institutions on climate change, another government agency is considering applying more pressure for companies to reveal their climate-related risks.

The Securities and Exchange Commission, which deals with publicly-traded oil and gas firms, including those in Oklahoma plans to explore the issue.

As The Hill reported this week, the SEC said it will seek public comments whether to force companies to make more disclosures to investors about such risks.

Acting SEC Chairwoman Allison Herren Lee made the revelation during remarks to the liberal think tank the Center for American Progress. She explained the investor demand for such information has increased in the last decade.