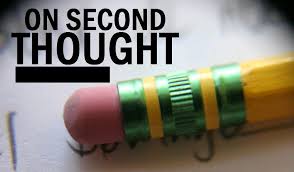 New Mexico’s U.S. Senators, both Democrats might be having second thoughts about President Biden’s early executive orders putting a freeze on oil and gas leases on public lands.

Coming from a state that gets nearly 40% of its budget from the oil and gave revenues—largely in the state’s portion of the Permian Basin—the two senators attempted to get a reprieve from Biden’s order.

“—an extended and indefinite suspension would have significant impacts on our workforce and state funding for education and creates unnecessary uncertainty for New Mexico’s state and local tax revenues,” the two wrote McCarthy.

Sen. Heinrich is a senior member of the Senate Energy and Natural Resources Committee. POLITICO reported the letter represented something of a political push from him.

Heinrich might be a Democrat who supports Biden, but he also has apparently come to the conclusion the freeze, if it were to be more permanent, would cause severe economic harm to his state—and to the people who elected him. If anything, the letter might reflect one of those “oh oh what have we done?” moments for the two senators.

When Biden signed the executive order in early February, Sen. Lujan called it reasonable to “do a review” of the existing leases. He said at the time he opposed a “complete ban or moratorium.”

Heinrich commented at the time that the reaction of Republicans to the order was a “somewhat alarmist picture of conditions on the ground.”

“It’s not doomsday,” said Heinrich back on Feb. 9, adding, “Any transition is painful, and changes that affect people’s livelihoods are real and deep and hard to deal with.”

New Mexico’s share of the Permian Basin consists of large tracts of federal land. Oklahoma’s Devon Energy is considered to be the largest holder of federal leases in the state.