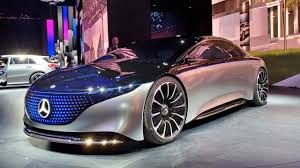 Electric Vehicle startups have launched a campaign nationally to allow direct sales to consumers but it’s being opposed in Oklahoma where only dealerships are allowed to sell new cars and trucks.

Sen. James Leewright of Bristow authored SB822 which would restrict EV manufacturers from attempting direct sales to consumers, thereby avoiding the use of car dealerships.

“The measure–prohibits any entity affiliated by any ownership or control of a factory from receiving a license as a motor vehicle dealer,” according to a bill summary on file in the Oklahoma State Senate.

Dealerships across the nation have pushed back on the EV startups, including Tesla which is considered the main driving force in attempting to eliminate the competition. Tesla and others maintain they should have access to state markets.

A spokesman with the Metro Auto Dealers Association in Oklahoma City declined comment.

Oklahoma is among those states that require new car and truck sales to go through a dealer. 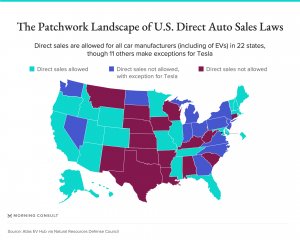 Brad Bailey, Executive Director of the Oklahoma Motor Vehicle Commission said his agency is not involved in the legislation nor the reason for its introduction by Sen. Leewright.

“We just enforce the statutes. But there have been significant changes in manufacturing. It’s a movement that’s gained momentum. They’re in the process of reshaping the business model,” he said in reference to the effort of Tesla and other EV makers.

Bailey described SB822 as an effort “to tighten franchise laws and bring them more into line with existing laws.”

In February, the Senate Committee on Business, Commerce and Tourism voted 9-3 but the title of the bill was stricken which in the legislature means the bill can move forward but it needs further changes before final approval.

The energy website Morning Consult explored the national issue as Tesla pushes ahead with its efforts to convince more states to allow direct sales.

The site reported 22 states allow direct sales while Tesla managed to convince 11 other states to grant it “Tesla-only exemptions.”