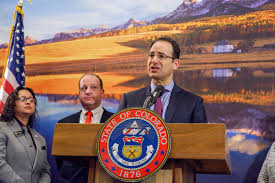 The same issue that had the attention of Oklahoma leaders last month—that of monstrous natural gas bills during the winter storm—prompted the Colorado Attorney General this week to ask for a federal investigation.

The paper reported the state’s Office of Consumer Counsel was already probing how ratepayers could be hit with steep bills, the same thing that Oklahoma consumers face.

While Oklahoma legislative leaders have yet to hold hearings into the matter, the Oklahoma Corporation Commission has started reviewing requests of utilities to take steps to delay a pass-through of their billions of dollars in natural gas costs during the storm.