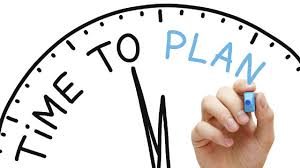 When you consider the definition of the word “planning”, it is pretty simple.

“the process of making plans for something.”

I believe this week’s severe weather, severe in the fact that it created record cold weather in Oklahoma and throughout the Plains states and resulted in some unforeseen events, raised a lot of questions about—planning. Or maybe the lack of it?

I’m just a scribbler, a writer, a journalist and an observer of events, people and things. I just think there are a lot of questions about how the impact of the Arctic weather was handled, not just in Oklahoma but across the frozen land of neighboring states too.

I suspect that if I have those questions, then thousands of Oklahomans who experienced a loss of electrical power on Monday no doubt have them as well.

Let’s begin with this matter of rolling blackouts and the shortage of natural gas to power electrical power plants. So what kind of planning went into consideration of preparation for the kind of weather that David Payne, Damon Lane, Mike Morgan and not to leave out Fox 25’s Jeff George, had been warning us about for two weeks?

I know a thing or two about farming since I was raised on one. And the one thing a farmer religiously is aware of is—-the weather. Farmers listen or watch the weather forecasts every night. Every morning. Why? Planning! Do I have to rush the wheat harvest? Do I have to prepare the cattle for a winter storm, making sure they have plenty of feed and water? It’s planning! And not just short-term weather impacts. Long-range too. 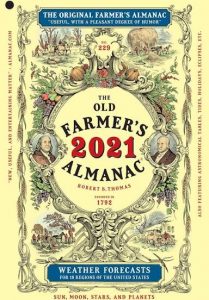 I just wonder why the utilities in Oklahoma, Texas and Kansas didn’t have assurances of natural gas supplies so their production of electricity would not be interrupted as these minus-zero temperatures hit us.

I know they made some plans for the arrival of the winter storm. But what happened? Should fingers be pointed at someone? Was it a real “force majeure” situation where things that happened were out of the control of anyone making decisions?

Then there’s the issue of Oklahoma regulators. I’m just asking the question. Why did Oklahoma Corporation Commissioners have to wait until Monday afternoon to take emergency action to allow natural gas production to be increased up to 100% so utilities would have the gas to create the electricity to heat our homes?

Their staff members said during an emergency meeting that they had been in “rolling conversations” with natural gas producers since last week—some even “before” the storm hit Friday.

Was there any planning to immediately adopt the emergency increase in natural gas production without waiting until Monday?

Was such a thing necessary?

Even the Executive Vice President of the Southwest Power Pool, the agency that asked Oklahoma and Texas utilities to stage rolling blackouts or power interruptions admitted his agency had been aware of the approaching severe weather.

“We had been planning for a week,” said Lanny Nickell during a Monday afternoon news conference.

If that’s so, then the SPP’s planning had some apparent deficiencies, wouldn’t you say? He explained that steps had been taken to get “reserve energy” from neighboring states, but then those states needed the energy and puff! The reserve energy wasn’t there! 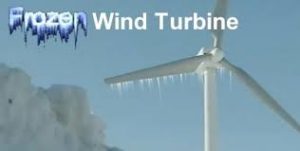 A final thought about planning. It has to do with those frozen wind turbines in West Texas, a state that had proudly boasted of its number one ranking for wind power production in the U.S.

Didn’t anyone every give a thought to how those turbines could freeze up, interrupting the state’s renewable power that so many environmentalists contended would be the savior from oil and gas? 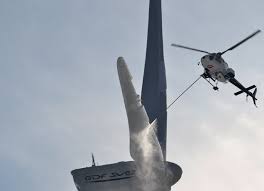 Just a thought but I bet a lot of oil and gas industry people might be chuckling up their sleeves about all those plans to totally eliminate the fossil fuel industry. Which industry came to the rescue of maybe millions of people?

Which reminds me of a comment one state official told me while discussing this natural gas shortage and the rolling blackouts. The individual said that’s why there were coal piles…big ones near the old coal-fired power plants. You didn’t have to go mine for more coal!