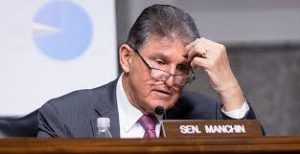 Wednesday’s announcement by Democratic Sen. Joe Manchin, chair of the Senate Energy and Natural Resources Committee that he will support New Mexico Rep. Deb Haaland to be interior secretary likely means the committee will approve her.

His announcement followed one by Oklahoma U.S. Sen. James Lankford that he would not support the Democratic Congresswoman from New Mexico who if confirmed, will become the first ever Native American to serve in the post.

“—Rep. Haaland’s legislative record and testimony demonstrate her commitment to an unrealistic energy reality. I cannot support her nomination to serve as the Secretary of the Interior,” stated Lankford on Wednesday.

Manchin is considered to be a “moderate” Democrat from West Virginia and had been publicly undecided through the two days of hearings on the nomination.

“I believe Deb Haaland will be a secretary of the Interior for every American and will vote to confirm her,″ Manchin said in a statement. “While we do not agree on every issue, she reaffirmed her strong commitment to bipartisanship, addressing the diverse needs of our country and maintaining our nation’s energy independence.″
Manchin also said in his statement Haaland’s promised commitment to continue using fossil fuels as the nation transitions to a cleaner energy future helped sway him to support her nomination.
But other Republicans on the committee joined Lankford in voicing opposition.
Wyoming Sen. John Barrasso was critical of her support for the elimination of the Keystone XL pipeline and the moratorium on new federal drilling permits.
Even Senators not on the committee came out against her, including Louisiana Sen. John Kennedy, a Republican who called Haaland “a neo-socialist, left-of-Lenin whack job.″
He said Haaland’s “living in la-la land.”