Joining the ranks of the unemployed in Oklahoma

Williams adds new member to its board of directors 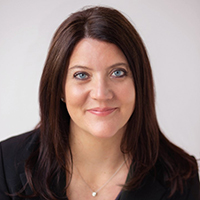 The head of a Texas-based electric utility company was named to the Board of Directors of Williams in Tulsa.

Williams announced the board appointed Stacey Dore’ as an independent director effective Wednesday.

She is the chief executive officer of Sharyland Utilites, LLC, a firm that owns and develops transmission infrastructure assets in Texas.

Dore’ will sit on the Williams’ Governance and Sustainability Committee and its Audit Committee.

In addition to being CEO of Sharyland Utilities, she is president of Hunt Utility Services which manages Sharyland. Dore previously was a senior vice president and general counsel of InfraREIT, Inc. until its sale in 2019.

She also spent more than a decade with the law firm of Vinson & Elkins before entering the energy industry.