State of American Energy to be reviewed by API 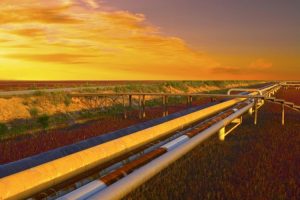 When it comes to some of the longest oil and natural gas pipelines in the U.S., many pass through Oklahoma, unloading oil at the Cushing tank farms or being transferred to the Gulf Coast refineries.

The Overland Pass Pipeline, operated by ONEOK and Williams, both of Oklahoma is considered to be the 5th longest line, stretching for 1,035 miles. It has a capacity of at least 245,000 barrels of natural gas liquids a day.

The second longest in the U.S. is the Keystone Pipeline that carries oil from Canada straight to Cushing where it is then transported to the Gulf coast. The line is 1,853 in length and goes right across Oklahoma. 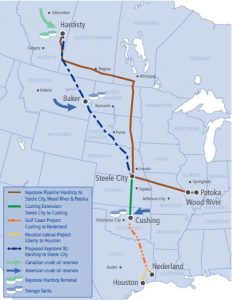 The fourth phase of the line is the Keystone XL, the one that has drawn opposition from environmentalists, land owners and tribes. President Obama delayed it in 2015 then President Trump gave the go-ahead for construction in 2017.

Ranked as the 6th longest pipeline in the country is the Sand Hills NGL line that is 940 miles in length and was developed by DCP Midstream, Enbridge and Phillips 66. It has a capacity of about 200,000 barrels a day. 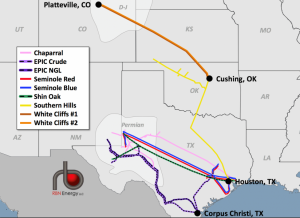 Insider Money has a report on all of the longest lines in the U.S.