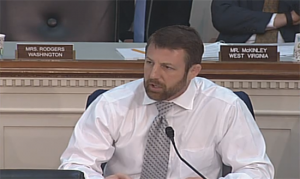 Oklahoma Congressman Markwayne Mullin will have five new Democrats on the House Energy and Commerce Committee of which he is a member. But he won’t have to deal with the congresswoman known as AOC who wanted to be named to the committee.

The House Democratic Steering and Policy Committee has recommended five Democrats be added to the committee in the next Congress, reported POLITICO.

Mullin is a Republican and since Democrats control the House as well as leadership of the E & C Committee, he is in the minority.

By picking Rice of New York, the Steering and Policy Committee avoided the selection of New York Congresswoman Alexandria Ocasio-Cortez who reportedly sought a seat on the committee. 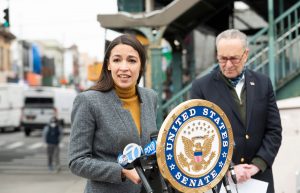 It was reportedly a contentious meeting held in private before a secret vote was taken whether to name Rice or Ocasio-Cortez. The vote was said to be 46-13 to name Rice.

Ocasio-Cortez, according to national news accounts had been campaigning behind the scenes in the past few weeks to get appointed to the Energy and Commerce Committee. She apparently felt she might have an edge to get the appointment because she had co-chaired a panel that advised Biden on climate policy during his presidential campaign. But Rep. Rice was considered to be more of a moderate.

The E & C Committee not only deals with energy and climate issues but with consumer protection, public health, health care policy and food and drug safety.