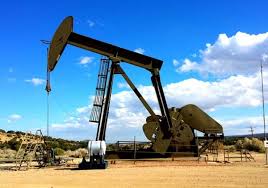 Even as COVID-19 continues hammering the nation’s oil and gas industry, someone sees enough light in the tunnel to dare to create a new oil and gas company and start making acquisitions of producing assets. They are veterans of Oklahoma’s oil patch.

The pledge includes $600 million in initial equity with the option to upsize by $300 million more.

FourPass is led by former Felix Energy executives Ben Jackson and Andrew Dunleavy, alongside a team of operations and subsurface leaders with extensive experience across the sector.

Both are graduates of the University of Oklahoma. Jackson has experience in development of upstream, midstream and mineral assets in the Anadarko and Delaware Basins.

Dunleavy also worked at Felix Energy where he was responsible for acquisition of more than 140,000 acres leasing in Oklahoma’s STACK play and in the Delaware Basin. He previously held management roles in Land and A & D at Devon Energy.

Jackson said: “Having participated in the A&D market over the past seven years, we understand the opportunity set requires a sizable equity commitment as well as flexibility and creativity when structuring transactions.”