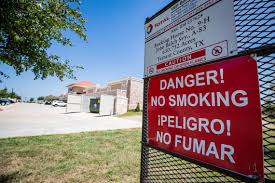 TEP Barnett was forced to stop drilling after an environmental group videotaped smoke coming from  the well site which is near the Arlington municipal airport. The driller had agreed to use an electric-drilling rig.

Click here for full story from the Fort Worth Star-Telegram.