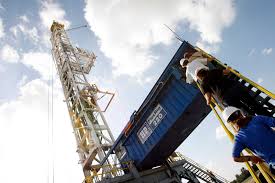 Oklahoma’s number of oil and gas rigs active in the field continues to slowly increase, according to the latest rig count provided by Baker Hughes.

The state’s count grew by one in the past week to reach 15, still far below the 54 reported one year earlier.

In the past year, the loss of rigs included a drop of 485 oil rigs and 60 gas rigs. The number of offshore rigs declined in the past week by one to 13.

Texas still has the most oil and gas rigs of any state with 125, an increase of two in the past week but down from the 418 reported last year at this time. New Mexico’s count remained at 45, down from the 110 a year ago.

Colorado stayed at four. Louisiana declined by one to 37. North Dakota was unchanged at 11 rigs. Wyoming continued with only 3 working rigs.

The Red Top Rig Report published by the Independent Oil and Gas Service in Wichita, Kansas reported the Kansas rig count increased by two to reach 15.

Of the oil plays, the Permian added 3 to reach 133 rigs compared to the 417 last year. The Ardmore Woodford in Oklahoma remains empty of any rig activity while the Arkoma Woodford stayed at one.

The D-J Basin in Colorado remained at three rights while the Eagle Ford of South Texas was unchanged with only 16 working rigs. The Granite Wash has yet to see a rig break the horizon. The Haynesville stayed at 37 while the Marcellus was unchanged at 26. The Mississippian play has no rig activity, according to Baker Hughes.

The Utica continued with 6 rigs and the Williston stayed at 12 rigs.