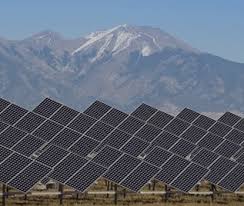 New Mexico’s largest electric utility is breaking ground on a 50-megawatt solar field that will provide power to Western New Mexico University, the city of Albuquerque and other large users that have signed on to a new program.

Officials gathered Thursday on the Jicarilla Apache Nation in northern New Mexico for a ceremony. As the third largest solar project on tribal land in the U.S., the array will be capable of producing enough electricity to power the equivalent of about 16,000 average homes for a year.

The project was approved earlier this year by the state Public Regulation Commission.

Hecate Energy will build the solar plant and Public Service Co. of New Mexico will enter into a long-term agreement to purchase the power. It will not count toward state mandated renewable energy requirements.