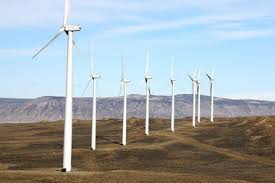 A Wyoming legislative committee pulled a surprise last Friday and narrowly approved a bill proposing to eliminate a tax credit for new wind energy projects in the state.

The Casper Star Tribune reported the issue was not on the agenda and was a surprise to observers. The bill would increase the tax burden on wind farm operators in Wyoming.

After impassioned public comment on the topic, the Legislature’s Joint Committee on Corporations, Elections and Political Subdivisions decided to draft a bill to eliminate a three-year electricity tax moratorium available to new wind energy projects. In a 6-5 vote, lawmakers voted to draft the legislation for review in November.

The change would eliminate the three-year exemption from the $1 per megawatt hour electricity tax now available to new wind facilities.

Click here for full story from the Casper Star Tribune.