Air Force to pay $250,000 settlement over ‘forever’ chemicals at New Mexico Air Base 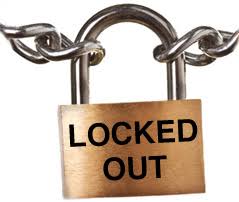 So much for “transparency” at the Oklahoma Corporation Commission where on Thursday, OK Energy Today was cut off from monitoring a meeting held in the agency’s public headquarters building, a meeting called for by a publicly-elected State Senator where regulatory recommendations were discussed.

It was a meeting where the Commission’s own COVID-19 regulations might have been violated with approval from the agency’s administrative leaders.

Nearly 30-minutes into the meeting, which was attended in-person by at least 10 individuals, one of whom reportedly removed his mask in the Corporation Commission’s courtroom, OK Energy Today was informed it could no longer listen to the discussion. A spokesman maintained that “secure” information was being discussed and the telephone connection was immediately severed.

Before cutting OK Energy Today out of monitoring the meeting attended by publicly-paid employees and a publicly-elected Senator in a public building, the spokesman suggested the news agency was not on the list of participants and he didn’t know how it had obtained the phone number. 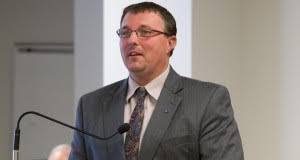 “This meeting was not set up as a public meeting. We do not have the commissioners participating because we are going to be talking about secured information. That was not appropriate for public meetings,” said Brandy Wreath, Director of the Commission’s Public Utility Division. “I’m not sure how the number got to you.”

Seminole State Sen. Zack Taylor, owner of an oil and gas company and the legislator who last year introduced a bill to put a Director of Administration in review of the Commission, called for this week’s meeting. At the start, Taylor explained he had received “ongoing complaints from operators” about the commission, some of whom were on hand for the meeting in the Jim Thorpe building, a building that has not been opened to the public. 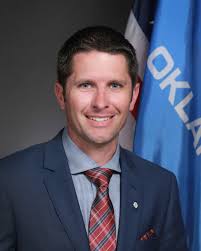 “I’m not here to tell the commissioners you’re doing a terrible job. I’m here to make a better process,” said the legislator. He went on to to claim he was there to “encourage more communications,” adding, “communication helps a lot.”

“I’m astonished,”he reportedly said. He went on to suggest that at a time when Oklahoma is among the top-10 “red flag” states with COVID-19 issues, staff should not be forced to attend such a meeting.

At least 10 people were in the courtroom at the time and one of them, a representative of Citation Oil and Gas had indicated earlier that he was removing his mask so he could be clearly understood during his presentation. The Commission has yet to open the building to the public and the public would not have been allowed to attend the meeting.

Sen. Taylor reportedly said he was “taken off guard”by the media’s monitoring of what he thought was going to be a private meeting.

It is not known whether Commissioners Todd Hiett and Dana Murphy monitored the meeting.

The following is the list of those who attended virtually and in person. Their names were included on the public email system of the Corporation Commission. The private email addresses of some of the 10 individuals who attended in person, with the exception of Sen. Taylor who communicated his secret meeting using state email, were omitted by OK Energy Today.

We have now received confirmation that all of the external stakeholders plan to be in person for the meeting.  To ensure safe social distancing,  we will adjust participation for the people for OGCD based on a separation of topics. They will be in the building in case there is any issue with the Scopia system. In the event we need them in person, we will rotate through the personnel based on the topics to be discussed.

Social distancing and PPE will be required for the entirety of the meeting.

Thank you all for your understanding and support of service balanced with safety.

The following are what I have received to date for attendance. Please let me know if I have missed anyone.  The Legislative team plans to be remote to allow for more active participants to be in the room if that is agreeable to all.

The below are the external stakeholders planning to attend: (Unsure if all in person or not. WIll need instructions for both options)