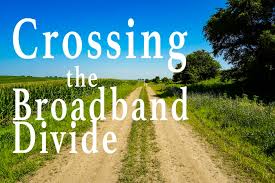 As Oklahoma works on expansion of broadband service to the more rural areas of the state, New Mexico is doing the same. But it is encountering roadblocks.

Those were just some of the revelations from a legislative report Thursday that highlighted the obstacles the state is facing as it aims to provide distance learning during the coronavirus pandemic.

Another challenge: Several of the state’s internet service providers — under intense pressure from rural school districts to improve connectivity as the learning model moves online — say they need a better strategic broadband and wireless plan from the state.

The deficiencies in internet service will cost New Mexico between $20.9 million and $26.2 million in additional funds to ensure all students can participate in remote learning over the next 12 months, according to a Legislative Finance Committee report produced by analysts Micaela Fischer and Jacob Rowberry.

That could be done by providing Chromebook laptops and cellular hot spots, and subsidizing broadband and satellite internet service, Fischer said.

At a legislative hearing Thursday, some legislators were sharply critical of the lack of internet service in some areas of the state.

Sen. Clemente Sanchez said when he drives to work every day in Grants, he sees families sitting in a park under canopies trying to use Wi-Fi from surrounding buildings.

“They’re losing knowledge. They’re losing it out there,” Sanchez said of children. “And that’s very frustrating and it breaks my heart to see that happening to all these kids.

The analysts said in their report the extra money to supply internet service in areas where it’s lacking could be obtained from a school relief fund passed as part of a federal COVID-19 stimulus package, or from school districts’ cash balances from last fiscal year.

John Badal, chief executive officer of Sacred Wind Communications, said there is no way companies can ensure connectivity to 100 percent of the state. He said about 40 percent of all tribal homes lack broadband capability, and some areas have none.