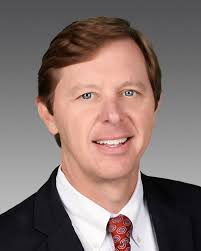 OGE Energy Corp., the parent company to electric utility OGE announced Thursday the addition of a new member to its board of directors.

Kissam was named to the board’s compensation and nominating and corporate governance committees.

He is the former chairman, chief executive officer and president of Albemarle Corporation, a Charlotte, North Carolina-based global specialty chemicals company with leading positions in lithium, bromine and refining catalysts. Prior to becoming CEO, he held various leadership positions at Albemarle since joining the company in 2003.

He also serves on the board of directors of DuPont de Nemours and Albemarle Corporation and has served on a number of community and charitable boards and associations.

“We are pleased to welcome Luke to the board of directors,” said OGE Energy Corp. Chairman, President and Chief Executive Officer Sean Trauschke. “He brings a depth of executive and board leadership that, combined with his rich, cross-discipline experience, will lend insight and perspective and serve to further strengthen our board. We look forward to his joining us in September.”

According to a 2019 article by the Charlotte Agenda, Kissam was ranked 13 on the list of the 16 highest paid executives in Charlotte, drawing $6.6 million a year.