Bigger losses for Weatherford—more layoffs and reductions could be ahead 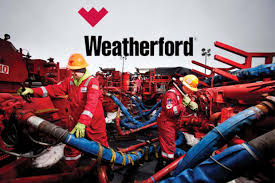 A second quarter loss of $581 million has Weatherford International looking at more layoffs and office closures.

The Texas company, which already let go some of its workers in Oklahoma operations reported a growing loss from the effects of the coronavirus pandemic.

The company lost $581 million compared with $966 million in the first quarter of 2020 and to $316 million in the second quarter of 2019. With the downturn cutting demand for the company’s products and services, Weatherford’s second-quarter revenue declined 37 percent to $821 million from $1.3 billion the previous year.

Second-quarter 2020 cash flows from operations were $31 million and capital expenditures were $35 million.

“Disruptions to the global supply and demand of commodities and the resulting decline in prices, combined with COVID-related restrictions, led to unprecedented reductions in customer spending in the quarter,” said Karl Blanchard, Interim Chief Executive Officer and Chief Operating Officer. “As such, we aggressively expanded our cost reduction actions, and bolstered our financial strength, preserving our margins and enhancing our liquidity position.” 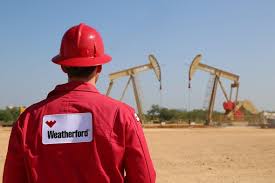 Weatherford reported total cash of $756 million as of June 30, 2020, a decrease of $8 million from March 31, 2020. The company was able to obtain a new $500 million financing commitment which Blanchard said will strengthen the company’s liquidity.

Available liquidity of $771 million as of June 30, 2020 was comprised of $680 million of cash and cash equivalents and $91 million of availability under the Company’s senior secured asset-based lending agreement.

Blanchard indicated a slow recovery is ahead, saying, “Global oil demand is in the early stages of what will likely be an uneven path to recovery, and we expect the market environment to remain challenging over the near-term.”

He said he expects a protracted timeline for a rebound in activity. In the meantime, Blanchard gave a strong indication that more reductions in costs and the company’s workforce are likely in the future, all in the name of improving “the company’s operating efficiency.”

Click here to view more of the Weatherford report.